Naval Brigade Commanders for the Sudan


Just a quick post today to show the wonderful figures available from other ranges you may not always consider when looking for figures suitable for the Sudan.

The figure above is a lovely, characterful mounted officer from the Empress Miniatures range.  Beautiful sculpt and looks the part commanding my Naval detachment and Nordenfelt gun and crew. 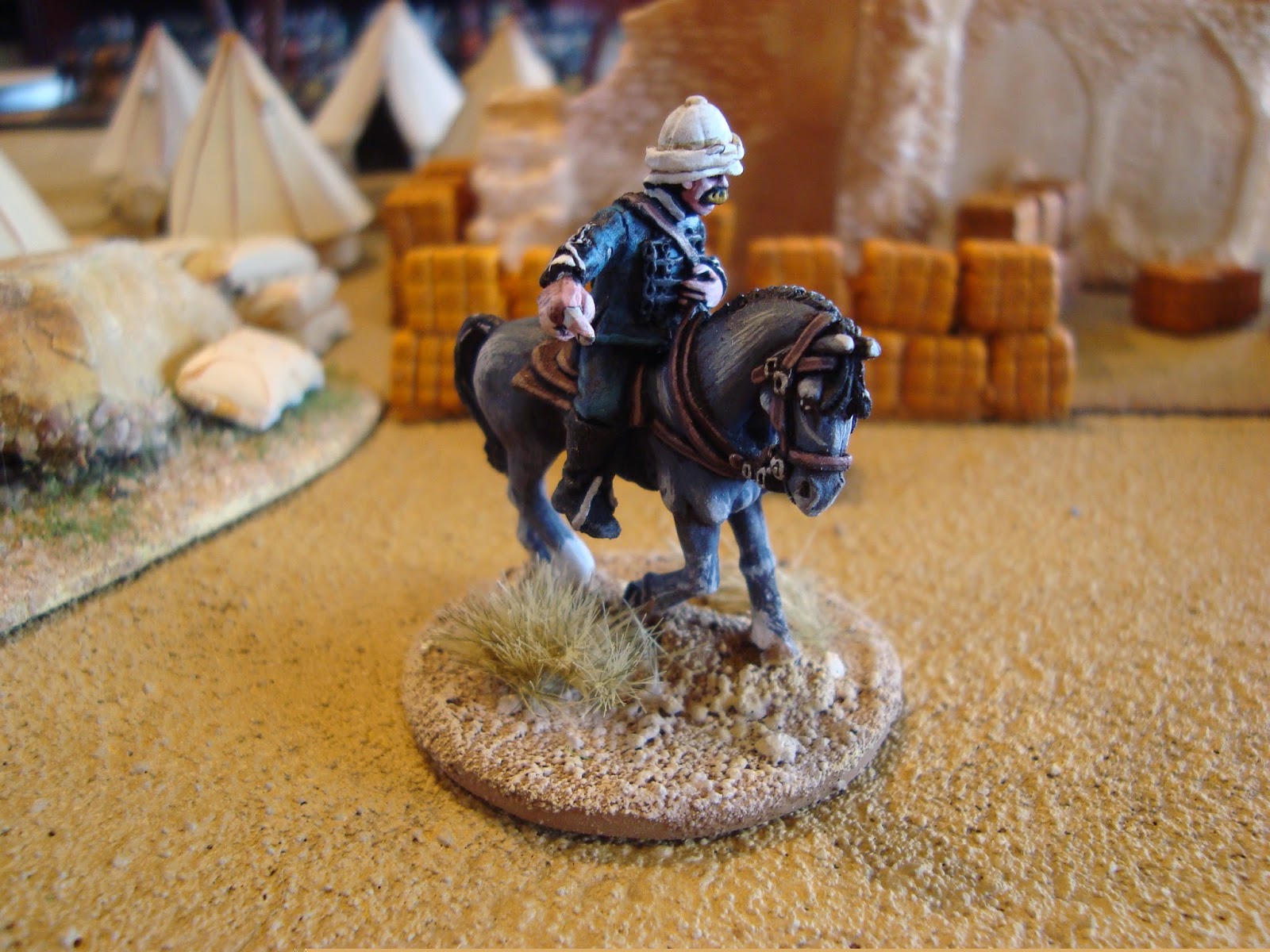 Perry Miniatures, the world renowned manufacturers of some of the best wargaming figures in the universe,  also have a sensational metal and plastic range of figures for the Sudan.

What I have used so far are some of their lovely personalities to represent some more commanders for the various units in the Imperial force. 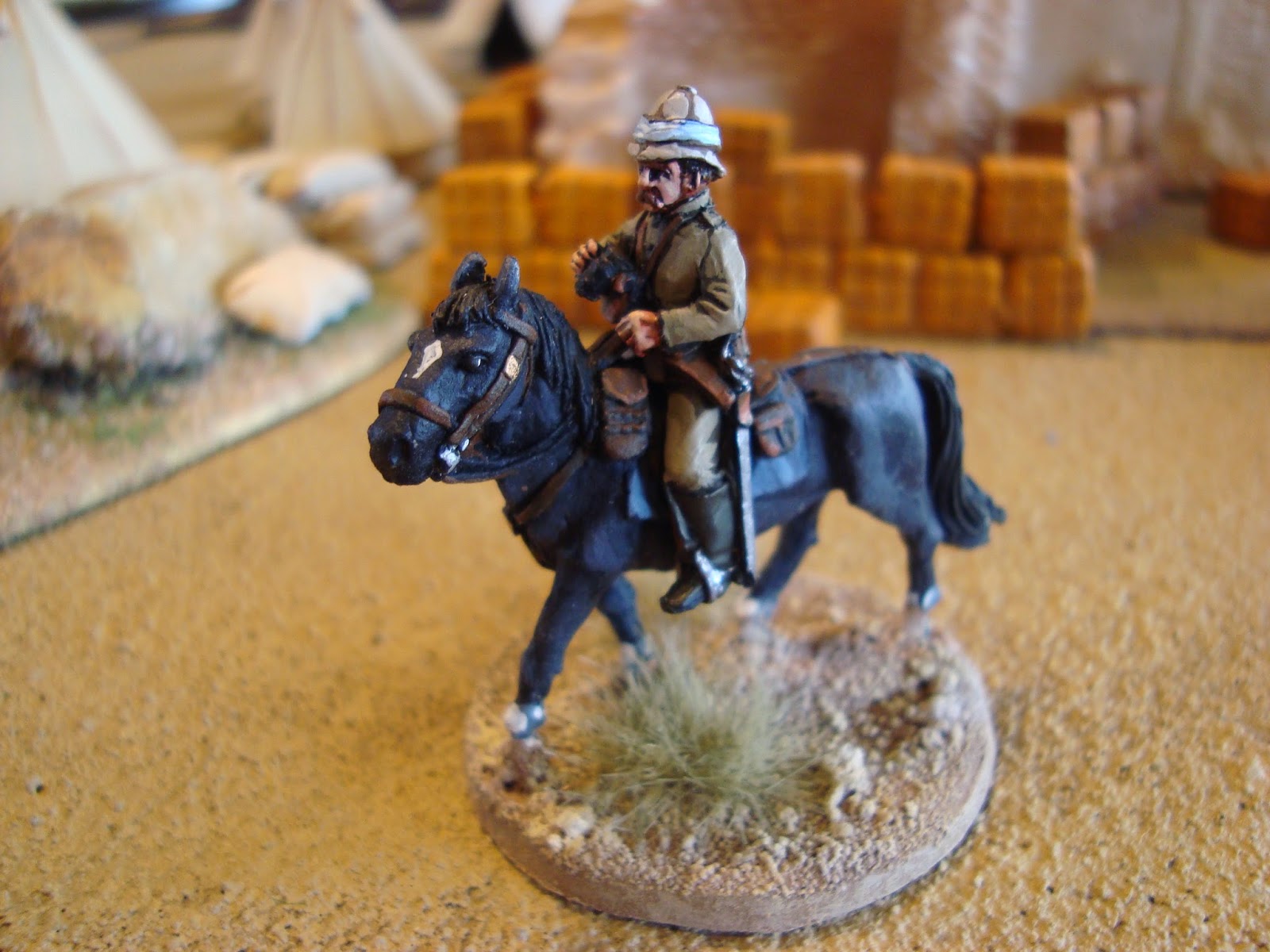 They are lovely, detailed figures and a pleasure to have on the table.

Over the past few months I have been very fortunate to see some wonderful armies being raised for fighting the campaigns in the Sudan.  So many wonderful manufacturers are out their in a variety of scales - Perry, Essex, Old Glory, Connoisseur Miniatures and Redoubt in 28mm as well as Peter Pig (G'day Graham), Essex again and even some old Minifigs.

Egyptian commanders for the Sudan

As mentioned in the last post you can never have enough regimental commanders in the Sudan games we play.

I recently decided to rebase a few older figures I have had for a while off their rectangular bases onto a more uniques circular base which would make them stand out from standard squarish, straight sided bases that all other troops are mounted on.


The figure above was actually sculpted and designed by the very clever Greg Blake of the very clever Cannon Fodder Miniatures.  It is actually based upon the Confederate General William Loring.  He lost his arm in the Mexican -American War leading a cavalry charge in 1846.

After the Civil War he was made Inspector General of the Egyptian army.

This figure is painted not to represent Loring however but another unnamed wiry veteran of the Egyptian Officer Corps who may have lost his arm in a skirmish with the British in 1882.

The figure is a favourite and full of character.


The second fellow is from the Redoubt Sudan range and represents a portly Egyptian officer who I like to think prefers riding to walking every day of the week.

Redoubt carry a lovely range of figures for this period and though not as popular as some other ranges (Connoisseur is always my favourite) they have some great vignettes and equipment which you will not be disappointed in.
Posted by Carlo at 16:14 10 comments:


Recent games have called for quite a few Regimental Colonels, Brigade staff, Battery Commanders and what not.  The perfect opportunity to use some additional Connoisseur Sudan staff that I had painted a while back as well as tarting up some figures I had painted years ago. 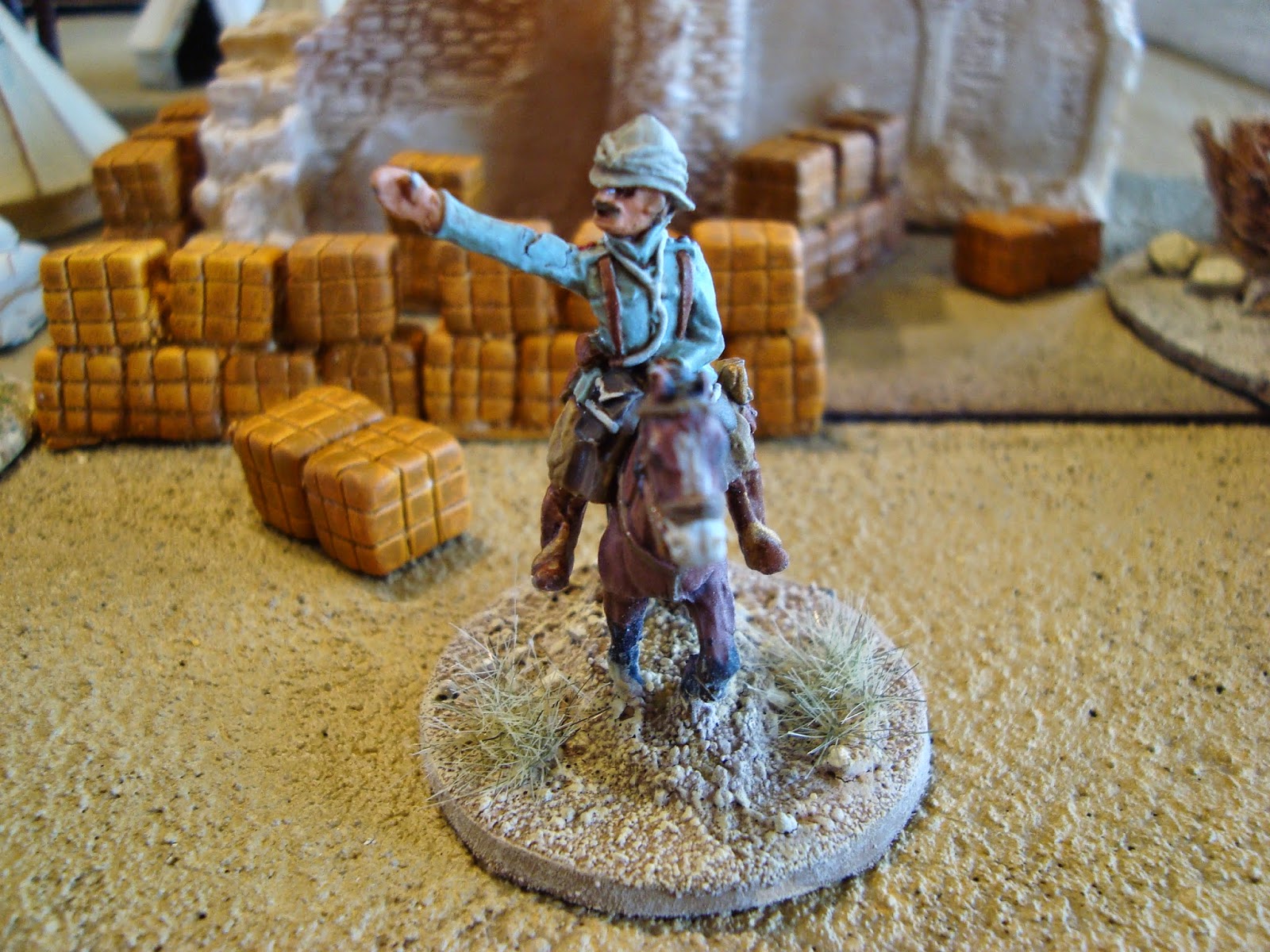 The first choice for me is always the beautiful range from Bicorne miniatures that epitomises the Sudan wargames figures for me - Peter Gilders Sudan range!  As I have mentioned previously, the range is still capable of holding its own against modern figures and they are, in my opinion, gorgeous en masse. 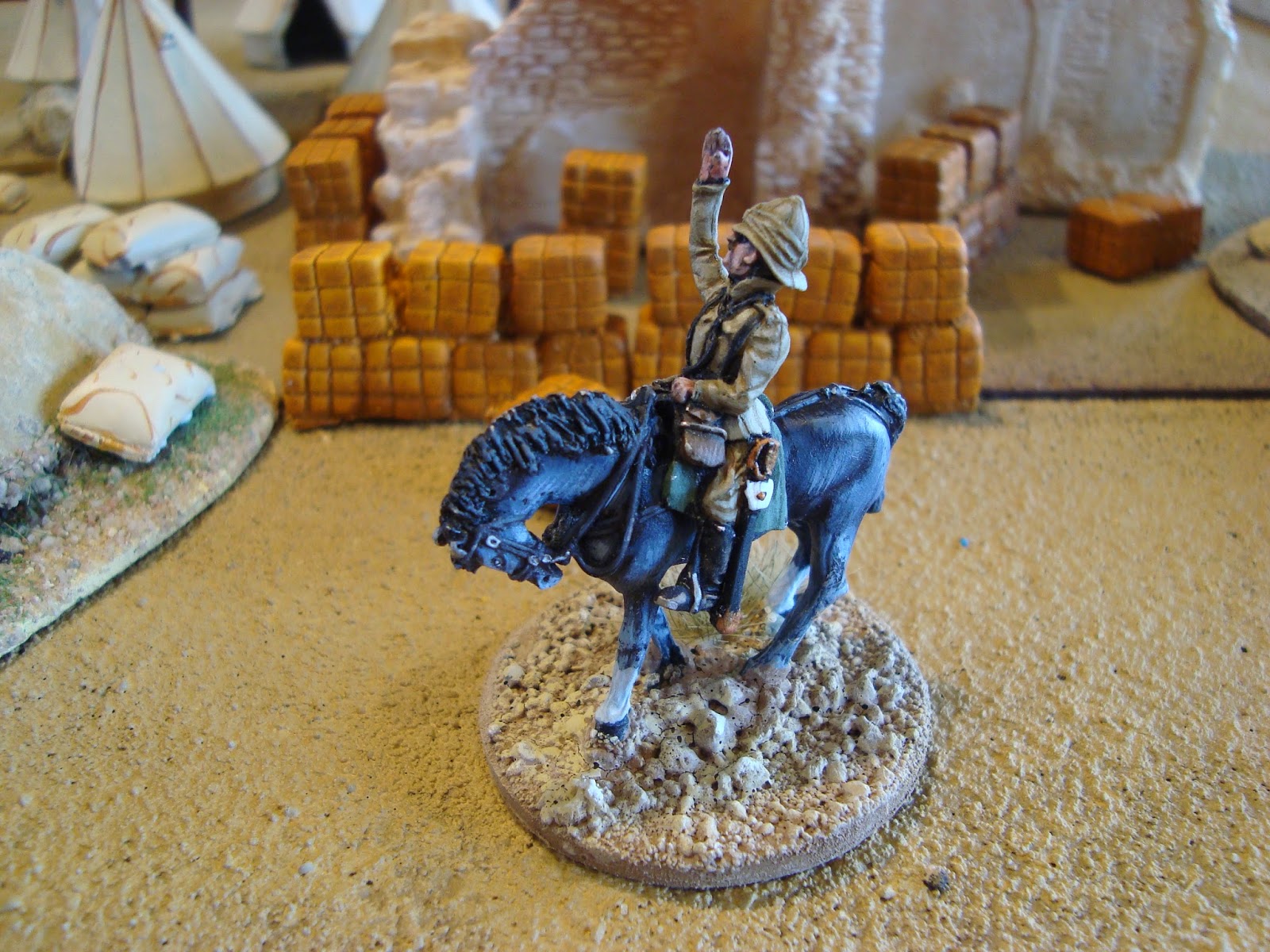 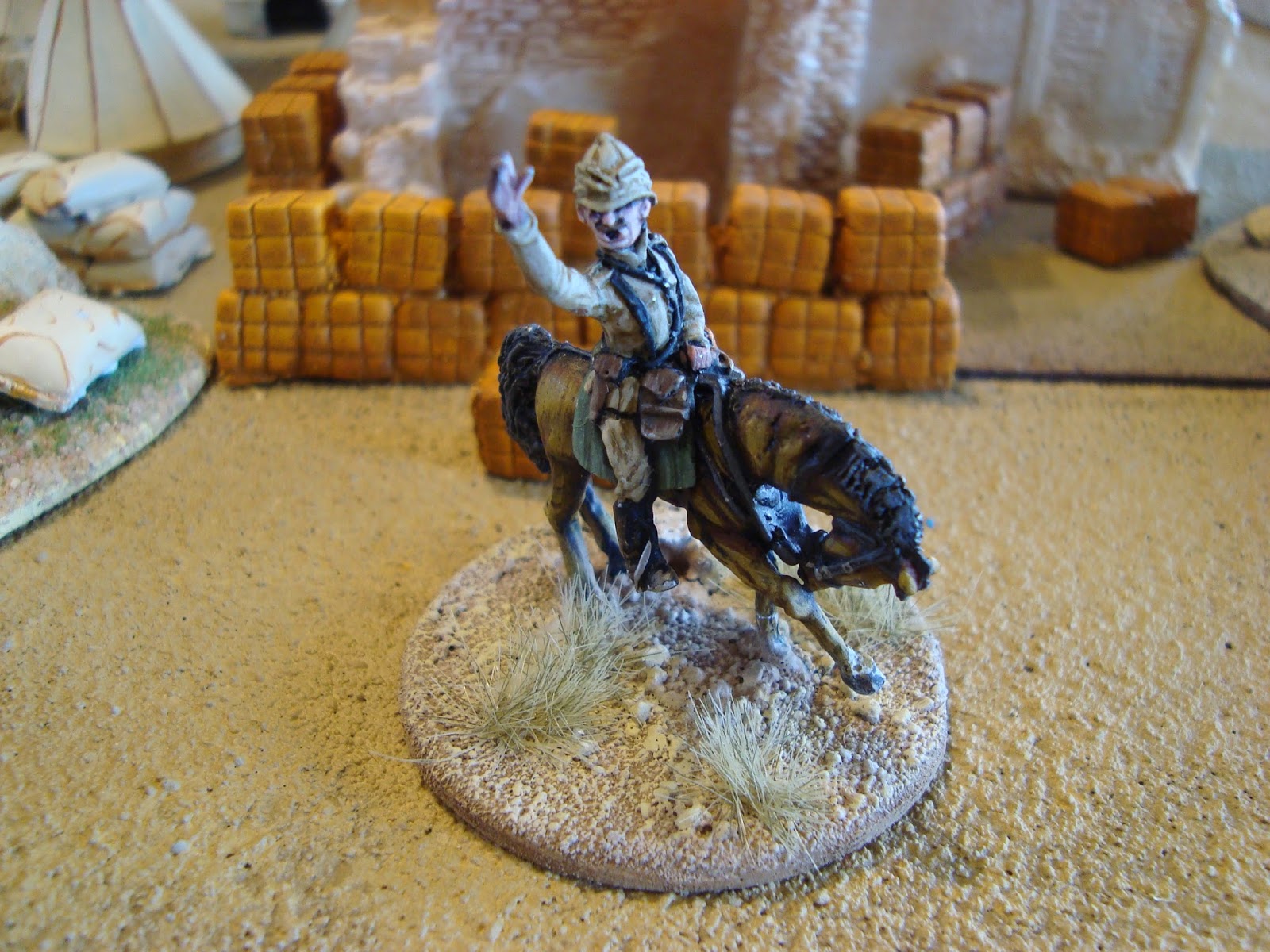 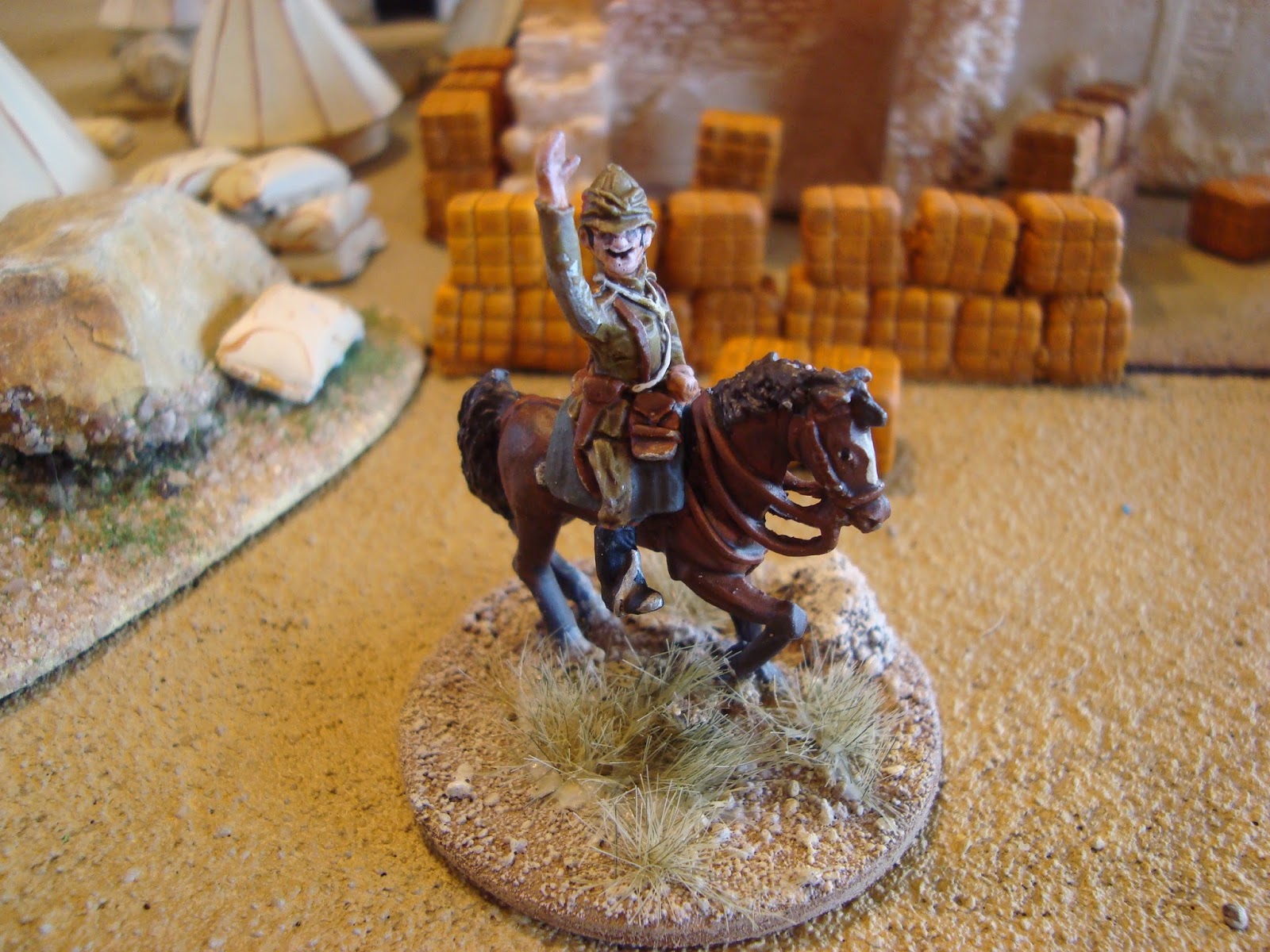 Next time I will display a few command figures from other Sudan ranges and see how they compare, as well as the mighty Mahdists!
Posted by Carlo at 20:56 16 comments: